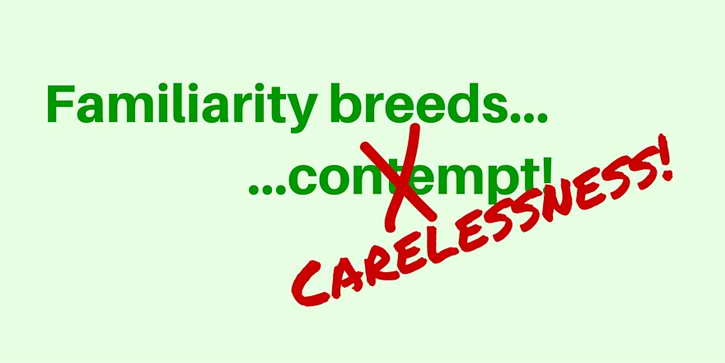 The people side of things

Before I began using NLP I had trouble with the ‘people side of things’. I liked being with people but, except with a small group of close friends, I found socialising quite uncomfortable. Nowadays, with the insight and perspective offered by NLP, I recognise that this was due to a lack of specific skills rather than a personality issue.

I don’t know what she wants

They’d been together for 14 years, were loving parents to two children, each had a job, and lived full lives. And Greg and Martha had lost touch with one another.

This was a few years ago when I worked as a psychotherapist.  Greg had come for some coaching and we were exploring where he wanted his life to be in a few year’s time and I asked ‘So what does Martha want from the next few years?’

‘Are you saying you don’t know what your wife wants from life?’

‘Yes, I suppose I am’ he said, becoming very thoughtful. (It had got to that great moment in a coaching session where the person is using lots of I suppose, I think, I don’t know, etc and you know the session is beginning to get to the real issues.)

It turned out that although they had been together all this time, he no longer knew what life was like for her. He didn’t know what she really thought or felt about things.

Trapped by their ‘To Do’ lists

Yes, he agreed they used to be very close ‘and yes, of course, we do still love each other, really...’  (And that ‘really’ was a bit of a clue to deeper issues.)

But they no longer talked about themselves. They rarely sat down and, as a couple, chatted about their real thoughts and feelings.

‘Well, yes, we used to this all the time when we first met – often into the wee small hours of the morning’ Greg said, a little wistfully ‘but let’s face it, there’s no time for that sort of things nowadays – with the children and the jobs and all the things to be done.  We rarely get time to talk. Even when we do it’ll be about shopping, or bills, or getting the car serviced, or who picks up who from school, or the children’s homework or health – it’s endless.’

There’ll be plenty of time for that, later

Greg’s unspoken, and until now, un-thought-through attitude was ‘Yeah, we’ll catch up on our own relationship later - when we have more time...’

Sadly, it’s a pattern I’ve seen over and over again in over 20 years of working with individuals - a pattern that evolves through in 5 stages:

The couple meet and fall in love.  They each have a job, the money is good, and their time is their own. And they want everything, just like their parents, just like everyone else.

So they decide to buy a house, and furnish it, and go for wonderful foreign holiday every year, and add an extension to the house, and have a pet, and then have children.

And, just like everyone else, they now have lots expenses – and need to meet these. And gradually they are getting that ‘everything’ – at the expense of closeness and fun.

As the get used to the non-stop need to be ‘doing things’, meeting deadlines, and coping with pressure they become co-workers rather than friends.

As co-workers the feelings they subliminally associate with one-another is 'work, duties, and endless sameness. A far cry from the Happy Days when they started out.

The Drifting Apart stage is the dangerous one. Dangerous for the relationship, that is.

They are now ripe for an affair outside of the relationship/marriage.

Which is why so many people, when talking about their affair, make comments such as ‘he really understands me’ or ‘she really takes an interest in me and what I do!’

In my experience this doesn’t need to happen.  And it doesn't need to continue, if it has happened. Nor does it need to be the end of a relationship.

People like Greg and Martha need to stop and take stock and ask themselves ‘if we carry on like this where will things be in a few year’s time?’  They need to recognise that people can’t go on forever hoping that one day things will improve...

There are lots of ways in which they can get back to basics and get their priorities right.  But happily the most important is also very simple – they need to get to know one another again. They need to begin taking an interest in one another, as people rather than at co-workers, home-builders, or parents.

And the best way to begin this is quite simple, costs no money and, actually, doesn’t even take that much time.

They need to discover what makes the other person tick – as opposed to what used to make them tick! And to do this they need just two steps:

First you ask the other person questions to discover their likes and dislikes?  Their views?  What they want more of in their lives?  What do they want less of?  What was it like at work today?  How are things with your friend Jack or Jill?  How are you feeling right now?

Then comes the trick bit. You actually listen silently to what they say...

Without deciding what they mean, as in ‘so what you are really trying to say is…’

Few people listen.  Most of us are merely waiting for an opportunity to speak.

I suggested a project for Greg. He and Martha would set aside 20 minutes each day when they would not be disturbed. The flipped a coin to decide who went first. Then they each had 10 minutes to talk about themselves – while the other person silently listened.

Initially they felt a bit awkward. But after a few sessions they started getting into it. And after their 10 minutes each they’d often carry on chatting and listening. After a couple of week they simply dropped the 10 minute rule.

Greg was a management consultant.  He told me that Martha had her own business with a staff of 3.  They had each been to lots of communication skills workshops.  They knew about empathic listening and how to discover what makes the other person tick.

But they had each left their great communication skills at work.

They hadn’t thought to use them at home.

I was once having a coffee with a friend and he commented on a family at another table ‘That’s a healthy family!’

Intrigued I asked how he could tell. ‘Notice how the parents are chatting with one another – and the two children are chatting between themselves, rather than playing up to the parents or demanding their attention.’

We often take our nearest and dearest for granted.  We allow the demands on our time, as a couple, to make the process of living in a loving relationship a matter of things to be done, shopping to be done, people to visit, places to go, deadlines to be met.

And the main reason for being together gets forgotten.  The main reason being to create happiness and share this with each other.  It seems that the unspoken attitude is ‘we haven’t got time for that, now – maybe when this happens that happens we have time and then we’ll start relating with each other like be used to.’

Reconnecting with one another at the emotional level isn’t difficult. It doesn’t take a lot of time – it simply requires motivation and the ability to ask questions and then truly listen to the answers – what Greg later nicknamed ‘the listening thing.’.

Stephen Covey put it wonderfully, if somewhat biblically, ‘seek first to understand – before being understood’. Try it for a week or two. You might be surprised at the result.  And if you haven’t been doing this ‘listening thing’ you might also be surprised to discover how much your partner has changed since you last really talked.