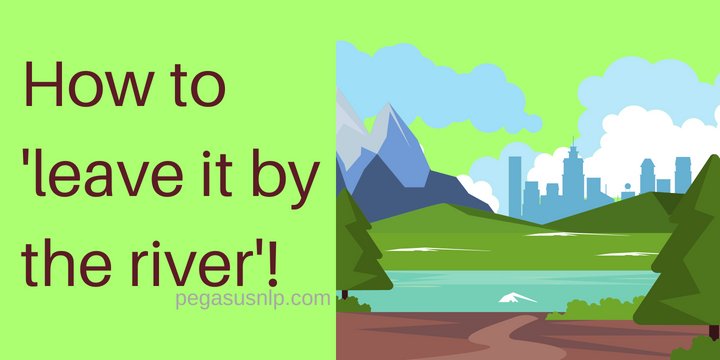 I realised that since I was a youngster I’d allowed the views and behaviour of other people to influence my mood. And, especially, to ‘make’ me irritable.

This one incident in the book stopped me short. I still remember having to put the book down and go off for a walk to think about the implications.

It made me aware of how I’d grown up believing that the behaviour, moods, and opinions of other people actually caused my moods.

And the recognition that this was not so was like a bombshell:

They are controlling my mood – because of the way that ‘I’ think about ‘their’ actions.

It was a stunning revelation - which was reinforced a few years later when, as a participant in the NLP Practitioner Programme, I came across the NLP Meta Model and especially the Cause & Effect category.

Essentially this Meta Model category describes how events cannot cause our emotions – in reality it is our thinking about the events which controls our mood.

His fellow monk was silent all the way back.

But when they had almost reached the temple he could no longer contain himself and angrily blurted out ‘I can’t believe what you did! You’ve touched a woman. You have broken your sacred vow to remain chaste and pure!’