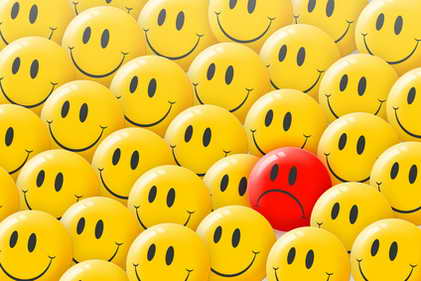 Petty People are everywhere - and they do like to be noticed and listened to.

They also know who they like (people who agree with them) and who they don't like (everyone else).

Petty people have a range of traits and behaviours for spreading unhappiness and discomfort:

This Petty Person has a ready supply of evidence, true or untrue to undermine their enemy-of-the-moment.

You are supposed to be flattered when they take you into their confidence and confide that ‘You and I understand just how awful Jack is !' Jack is the Petty Person's current 'target' and you are being invited you to be an ally against this ‘enemy' - and you must agree with them in order to remain in their favour.

This is a workplace variation of Divide and Conquer which is often used by a manager or team leader who is a Petty Person.  Again, you are being invited to become part of their in-crowd.  If you refuse this invitation life can become tough.

Another Petty Person manager or team leader favourite. They rule through finding fault and are quite unable to offer genuine praise - and if they do manage to praise someone they'll pull it back with an undermining sting in the tail.

As your neighbour Petty Person will have rigid but un-written rules about parking, noise, visitors, parties, etc. Failure to recognise and follow these rules can result in an enthusiastic campaign to line up people against you.

Jack or Jill gets promoted. Petty Person observes 'well we all know why he/she was selected for promotion, don't we!'

in the team meeting someone comes up with a suggestion. Petty Person, who doesn't like the speaker, responds ‘Oh, that's a great idea!' which could be read as praise. But when delivered with a certain intonation and emphasis it becomes an undermining comment that is not easy to challenge.

This Petty Person rarely confronts you directly since that would enable you to respond rationally. Instead they favour non-verbal communication as a means of letting you know you're ‘in trouble'. Raised eyebrows, head shaking, eyes looking to the sky, pursed lips, voice tonalities, and shoulder shrugs are just some of their tools for keeping people in line.

The ‘enemies and allies' game

Most of us tend to want to ‘make friends with' people.

Petty People, on the other hand, focus on ‘making friends against' people.

They're not interested in getting close to people. They don't want friends - they want allies in their campaign to put others down.

For Petty People friends are merely means to ends. You can be their friend if you agree with them, support their views, and join in criticising the current enemy. However, if you show a lack of loyalty or disagree with them or are less than fully supportive of their campaigns, you could well become the next target of their venom.

In social circles or in a family Petty People spread dissension and unhappiness. Wise people steer clear of them and have as little to do with them as possible.

They are particularly destructive, however, in the work environment. This is in part due to the fact that we cannot avoid them as easily if we have to work with them day after day. And it's also due to their ability to play the office politics game pretty skilfully.

In the workplace they will systematically work through the team or the workforce dividing and conquering and spreading dissent. Often they will begin claiming their territory by targeting easy victims i.e. people who want to be liked or people who are sensitive to criticism, since there are less likely to confront them.

But as they develop and build their power-base of allies they often begin going after tougher targets such as the boss, supervisor, department head, or team leader.

And if the tougher target isn't prepared to address their behaviour quickly and effectively this can be amazingly destructive with, for example, everyone who supports or agrees with their target becoming yet another target! They begin to rule through fear.

What makes them tick?

In essence they are sad, unhappy, insecure and usually quite lonely people without a lot going for them in their lives - and with a background of unfulfilled ambitions, unsatisfactory relationships, disappointments, and frustrations.

It isn't surprising that a lifetime of such experiences can produce an envious and vindictive nature in which anyone who appears successful, popular or happy is resented deeply.

Put yourself in their shoes - briefly

Do a little exercise which we do on some of our NLP courses. Think of a Petty Person you know - someone who is gratuitously unpleasant or unfriendly - and briefly put yourself in their shoes.

Consider everything you know about them and then ask yourself what might it be like to spend a day in their skin - with their behaviours, their thoughts, and their emotions. Now take on their usual facial expression and the physical posture and even their way of moving about.

Doing this will give you a pretty good sense of what it is like to be them.

On our courses we have found this to not be a nice experience - and that the insight gained from the exercise results in the Petty Person becoming an object of pity rather than of resentment or revenge.

What to do about Petty People?

When they operate in a work environment their behaviour needs to be confronted and dealt with firmly. Otherwise the Petty Person functions like a negative virus in the work team, undermining and sabotage the team dynamic.

If you are a colleague it may not be wise to confront them directly. This is grist to their mill and you will simply become a new enemy. Usually the person to deal with them is the manager or the team leader and this is one of the toughest tests of a manager or leader i.e. are they prepared to firmly deal with the Petty People in the team or department.

Outside the work environment it's best to see them for what they are: Petty People, best ignored - and pitied from a distance. But not worth engaging with.

Can they be helped?

Yes, most certainly. In fact there are very few behavioural or emotional traits or conditions which cannot be helped through NLP.

But we can only help people who want to be helped and who are prepared help themselves. And I'd estimate that, in around 20 years of working as a psychotherapist, I have been approached for help by no more than three or four such people.

Why? Because people only want to change when they perceive that doing so will give them more rewards or less pain than their current situation.

And Petty People get a lot out of being petty.

For a start they have probably been running their programmes since schooldays and will have refined their skills over decades. They will also have developed strategies for handling most types of confrontation with the result that whatever strategy you use to confront them will be turned back on you and you will be accused of being overly sensitive, paranoid, silly, etc.

For them power is the pay-off.

They are rarely motivated to give up this ability to make others unhappy - even if doing so makes them unhappy, deep down.

What is ultimately important to us?

You and I are only on this earth for a finite number of years.

We can use this time enjoying enriching friendships and relationships with people who are good to be around.

If we need to pay attention to them let's simply pity petty people. Or, better still, give them a wide berth and enjoy our own lives.    (There is a related article here)

Enjoy a long Easter weekend in the New Forest