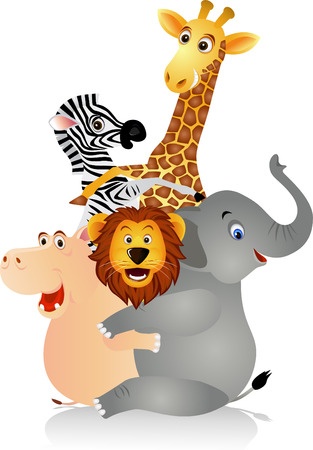 In the early 80’s as I was exploring NLP I also became interested in bodywork as another route to personal development.

As the name suggests bodywork is about physical ways of enabling oneself and others to get to know ourselves better and to feel better. My experimenting took me into workshops and training in Touch for Health and other branches of applied kinesiology, acupressure, shiatsu, reflexology, iridology, Gestalt Therapy, bioenergetics, neo-Reichian work, along with Tai Chi and other forms of Chi work.

I noticed at the bodywork workshops that people were more warm and touchy-feely with one another.  This was great at times and at other times became an imposition, especially when it came to hugging.

Hugging is how we do it

Although I eventually got used to it, one of the less delightful aspects of the bodywork workshops was The Ritual Hug and especially The Group Hug!

At these sessions hugging wasn’t just acceptable, it was the done thing.

The person who felt inclined to hug someone just did it – and it didn’t matter much whether or not the hugee was giving any indication of what they wanted.  In fact it looked to me as if the people being hugged seemed to always welcome and enjoy the experience.

Yes, I gradually got better at gritting me teeth and going along with it. But I always felt that the hugging without permission was an imposition and that a hug should be a personal expression of warmth and affection.

But, if I discussed this with others on the workshops, ‘group think’ would kick in – and I would find myself having to justify why I wasn’t happy with being hugged by anyone and everyone who felt like doing so.

Not enjoying the hugging wasn’t a personal choice.  It was seen as some form of personal weakness on my part as in ‘well, you just haven’t worked through your hangups yet!”

Then came The Group Hug

The Individual Hug was one thing.

The Group Hug was quite another.  At times during a workshop somebody would announce that “we need a group hug!”  Or “I need the Group to support me with a hug!”

Not “how do people in this group feel about having a group hug?” but “we” need it. And, because we all wanted to appear cool and enlightened, we duly got into a huddle and hugged and made sounds indicating how much we liked it.

For me it wasn’t just an imposition, it wasn’t just un-connected with my current mood or impulse, it was a physically and technically awkward manoeuvre!

A group of 8-15 males and females, young and old, tall and short, fat and thin, and with varying standards of personal hygiene aiming to simultaneously hug one another!

Nevertheless everyone else seemed to enjoy it. I hadn’t yet learned to use NLP to be comfortable in making my own choices. So I smiled like everyone else and quietly endured it. It usually only lasted a minute or so, after all.

And then there was the NLP alternative

A few weekends later I’d be at an NLP workshop. A quite different experience in those days.

Here we would be like satellites circling one another – always at arms length, it seemed. Touching was avoided – apart from polite handshakes between people who know each other really well.  Smiles were also polite rather than warm.

And we studied, rather than engaged with, one another. We were “calibrating” i.e. observing body language, eye movements, skin colour, size, voice tonality, etc. rather than communicating.

The people at these early NLP workshops, in my experience and into the mid- to late-1980s, tended to be much more intellectual and analytical and almost distant.  Stand-offish, cool, cliquey and even unfriendly. The workshops were emotionally sterile experiences, but at least we didn’t have to hug one another.

Despite my misgivings about the hugging, I found the people at the bodywork workshops were warmer, friendlier, and often more genuinely interested in other people. But after a few years experimenting with both NLP and various bodywork approaches I decided it was time to nail my colours to a mast – to opt for one of the approaches.

NLP won, if only just, and I’m now very glad it did.

Happily the world of NLP in general has changed a lot in the decades since then. Our own Pegasus NLP Core Skills workshops, in particular, have benefited from my early experimenting: we have a more physical and interactive approach to learning NLP, our brand of NLP enables people to find other human beings interesting to the point of being fascinating, we recognise that NLP is about mind and emotions and body, and our core principles The 4 R’s (Respect, Recognition, Reassurance and Responsibility) encourage people to respect one another’s verbal and the non verbal communication…