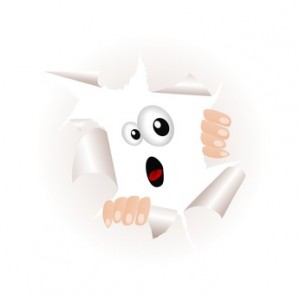 Many years ago, in my pre-NLP days, I was struggling to free myself from nicotine addiction. So  I went to see a South London hypnotist who said he could 'make me' stop me smoking.

He was a lovely elderly gentleman by the name of Lt Col. Crook and, funnily enough, his one session worked.

And, despite the stress of managing a very busy staff agency in the city of London, I was able to remain free of cigarettes. Now in the office and for the convenience of our clients we had very good filter coffee available all day long.  So, to make up for the missing buzz of the nicotine, I turned to drinking lots of coffee - all day long.

And it worked...  it gave me the necessary buzz.  Great! I'd found a nicotine substitute!

But after a couple of days I began to feel 'funny'.  Racing thoughts, physical jitteriness, disorientation, severe anxiety, extreme restlessness, etc.  It got worse and worse as the day progressed. To the point were I honestly thought I was losing my mind. I couldn't stay in the office, much less deal with customers, so I told my assistant manager that I wasn't feeling well and left and headed for the Tube.

Now, even back then I had litlle faith in nor dealings with conventional medicine - so I popped into a health food shop and bought a bottle of herbal tranquillisers.  Got home,  took a about four times the recommended dose, slept for hours and woke up feeling very shaken and fragile but free of panic.

Next day, still dosing liberally on the herbal tranquillisers, I phoned the kindly Lt Col Crook who agreed to see me immediately. He explained that he had forgotten to include suggestions for not experiencing withdrawal symptoms (but he didn't mention the caffeine thing), gave me more suggestions, and I felt fine till the next day.

Then, in the office and once again back on the caffeine, it began all over again. That was it, for me! I went out and bought a packet of cigarettes and, as  a result, drank less caffeine. I was cured of my panics. Fantastic relief. But I was still hooked on the cigarettes! But better to die of lung cancer later in life than lose my marbles right now, I reasoned.

Overdosing with caffeine was quite terrifying. During my seven year ‘hippie phase’ I'd hitch-hiked around Europe, North Africa and Asia and I'd been in some sticky and definitely scary situations. But the caffeine panic beat them all, hands down. No question about it. Because I thought I was losing my grip on reality - which, to me, was quite different to the thought of losing my possessions, or physical health, or even my life.

Now let me be clear - I still love good coffee! Especially good espresso or cappuccino. And I will have at least one a day - with maybe one or two instant coffees, too.

But that's it. I now have a healthy respect for caffeine and its ability to influence one's mind and one's body.

So what happened? Well, I carried on smoking and a couple of years after the caffeine-panics decided to make a new start.  I phoned Lt Col. Crook to book another hypnosis session only to learn that he'd died about a year previously. This taught me lots of lessons, the key one being not to rely on external sources for managing my own mind-body.

Shortly afterwards, in 1979, I tried yet another hypnotist. As for breaking the nicotine habit his session failed me...  So I decided I could do better than him and got involved in training to be a hypnotist myself! And, through that course, heard about NLP.  Which, in turn, convinced me that NLP made hypnosis redundant as a means of enabling people to change their lives.

(What about the nicotine? Happily, some years later I used NLP to free myself from nicotine - successfully, forever... and with no side effects)