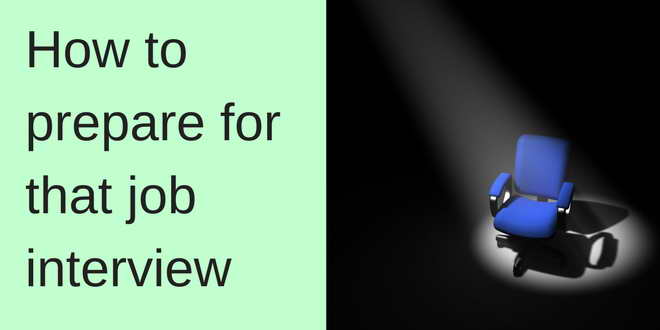 How to handle interview nerves

How can I use NLP in my interview?

I'm not exactly sure how we got around to talking about it but, there we were, chatting about NLP and almost immediately he asked ‘how can I use NLP?’

Now to me that’s a bit like asking ‘How can I use this widget?’ without having determined whether the widget is something that you actually need or want!  However, I could see that he was trying to establish if there was any value in his learning more about NLP.

I first explained to Jack that NLP is not a simple thing but a huge and varied body of knowledge and techniques and insights that can be applied in just about any area in one’s life.

Okay, I thought, that sounded impressive.

But it didn’t actually do much for him. And we have this thing in NLP about varying how you communicate until the other person gets it – or until you recognise your message isn’t going to work for them…

What do you want?

So I asked ‘Where would you like to make improvements in your life right now?’

He replied ‘Oh, two things – I’d like to do well in my forthcoming promotion interview at work.  And I’d like to be able to switch off at weekends – because my job is quite pressurised.  And have a better relationship with my teenage son.’

That was three things, but we were getting somewhere.

I needed to simplify things a little further – attempting to explain one thing by answering three separate questions is never a good strategy.

‘Which of these is more immediately important to you, right now?’

‘Well, I’d say doing well in that interview, of course.  Then I can sort out the other areas - especially if NLP would be useful there, too...’

'Yes, I’d say that NLP can certainly help you handle the interview better.

What’s the best technique for this?

Let me clarify: real NLP isn’t not about having a technique for this and a trick for that.  That’s just the simplistic view of NLP!

Real NLP is about seeing how we typically create our problems through our thinking and reactions. And then changing how we think and react.’

Let’s look at the pieces

So we drilled down a bit into the details and came up with a wish-list concerning the interview:

How to thoroughly prepare – so he knew how to sell himself and how to prepare for difficult questions i.e. his competence

How to handle his nervousness during the interview i.e. his confidence.

How to communicate effectively with the interviewer, including his body language and voice i.e. his communication skills

How to recognise and deal with self-undermining thoughts about whether he was the right person for this job i.e. resolving limiting beliefs.

And the best technique…?

Now NLP has lots and lots of techniques – probably hundreds.  They can seem like magic tricks especially when you read about them or see a 10 minute video.

But that magic technique is just the tip of an iceberg. What lies beneath the surface is what makes the technique work:

First we need to clarify the issue/problem – how does it currently fit in the person’s life?

Will resolving this actually cause more problems for the person?

What does the person really want – and not want?

The preparation of their thinking to make the technique work?

The non-verbal communication of the NLPer?

The use of NLP language to loosen the problem before using the technique?

…and a handful of other things.

The ‘structure’ of the problem

In Jack’s case we had to begin by getting him to clarify, for himself, the 4 pieces which were involved in his fear of the interview.

This immediately helped. The knotted stomach and the mush of scary thoughts were replaced by clearer and less emotional thinking. He knew he had things to do. This is what we mean when we talk about the structure of a problem.

How did he get on?

I don’t know. It wasn’t a coaching session so I gave him a few suggestions for systematically dealing with the 4 pieces. And we went our separate ways.

The short answer to Jack’s original question ‘how can I use NLP?’  is that often there isn’t a short answer.

And the slightly less-short answers?

We can sometimes use quick techniques for very simple and superficial issues.

But usually it’s better to first ‘map out’ the problem to identify how it works, rather like Jack and I did. And, as he discovered, just doing this can have a huge impact.

At the end of each of our NLP Core Skills courses I offer some suggestions to enable people to handle questions from friends and colleagues when they return to their everyday lives.

And Do some NLP on me! is one of the common questions or challenges.  Behind this challenge lies a simplistic view of NLP.  It goes like this: You’ve had a few days exploring with NLP in the New Forest. You must be able to do magic by now. Prove it - do something to me!

If it were that simple I’d have waved a magic wand and Jack would instantly have been ‘cured’ of his interview concerns.  It isn't that simple - however, as a result of our 10 minute chat he felt a lot better about the interview – and he had a plan of action.

Check this other article on preparing for a job interview