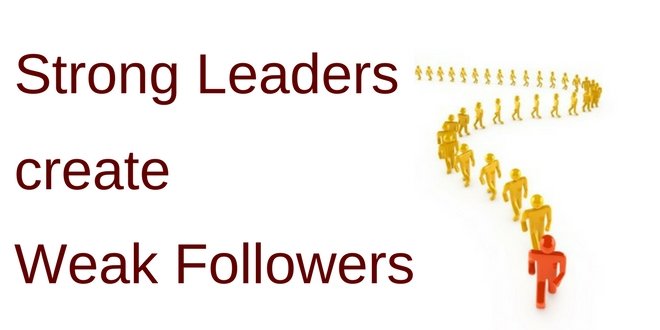 On the Low Ropes course you are part of a small group of 5-8 people who have to resolve a number of non-strenuous team challenges and problem-solving activities and, ideally, become a team in the process.

hours ago. You don't know what's in store - only that there will be some outdoor activities or 'challenges' to be solved by pulling together.

You do know that you need to pull together as a team since the activities are designed so that one person cannot do them alone.

Now, most people are happy to give it a go and have fun working together - solving the challenges is ideal but not critical.  But this approach does frustrate some people - the ones who are used to playing the Strong Leader role in their lives and who believe leadership is about

The Strong Leader types have a know-it-all approach - winning and being successful is everything. 'Having a go' is not an option - the team must get it right and succeed at the task - even at the cost of relationships within the team.

Now, to discourage this tendency, we subtly highlight, earlier in the day, the 'strong leader' phenomenon - and we, slightly less subtly, hint at the value of pulling together for the Low Ropes session to work effectively.

But some people don't do subtlety.

Or don't hear what they don't want to hear.

Or simply haven't got the patience for the team to discover things for themselves and 'as a team'.

I came up with this phrase back in the 90s, when, as a management trainer, I saw this phenomenon in action in workplace teams again and again.  And I observed what happened when a Strong Leader type would take over the team... or try to.

In the early, forming, stage of the team development the Strong Leader style results in:

None of us is as smart as all of us

Before we do the Low Ropes Challenge the group explores the team-working concept that none of us is as smart as all of us.  And the empowering Challenge by Choice principle - in which people are encouraged to make their own choices, choices are respected by everyone else on the course.

Because of this, and to begin with, most teams are well-intentioned and determined to pull together. And this sometimes lasts all the way through the session.

Occasionally the good intentions get forgotten by some. The unfamiliar challenges, the time pressure to complete them, the different communication styles of the team members, plus individual personality traits can result in the would-be team disintegrating into Strong Leader(s) and passive followers... Though only for a while - because, once we observe this in action for a while, we inhibit the Strong Leader Phenomenon by changing the activity 'rules'.

Incidentally, a learning point that often evolves in the after-session review is how this phenomenon mirrors what often happens in the workplace. Teams form and bond and have great intentions – and then disintegrate once the pressure to deliver builds up.

On the Low Ropes course the Strong Leader phenomenon has a number of features:

On the Low Ropes the Strong Leader tends

(2) Okay, let's get things moving along

So, to move things along, the Strong Leader begins

Now, since the group is new and people have only arrived at the course a few hours previously, most will typically go along with things.

At first, that is.

But their body language indicates a lack of enthusiasm, ownership and engagement. They have become (temporarily) the weak followers.

The team has moved from Tuckman's Forming stage to the Storming stage.

On the Low Ropes one or two of the disenfranchised people will usually suggest a reappraisal of the team’s strategy. (And, if team members don't do this, the facilitators will suggest it.)

So a discussion is held about what needs to change. This usually includes the need for people to listen to one another and to consider all ideas being offered.

This is invariably welcomed by all - curiously enough, even by the Strong Leader - and they begin once again, only this time communicating with one another, listening to ideas, and pulling together.

(The team has moved to Tuckman's Norming stage.)

(4) The self-directing team is 'Performing'

Now, in theory, a self-directing team should quickly descend into chaos, with everyone having different ideas, vying with one another, endlessly discussing instead of acting...

Yet, what actually happens is precisely the opposite.

The team usually moves into a quite different and very effective phase of functioning - the Performing stage. Now everyone is heard, valued and respected by one another, and all ideas are considered. And if something isn’t working? They quickly switch strategies and experiment with another way.

All without a Strong Leader - or Weak Followers.

The leadership role now moves around the team depending on who is best suited to it at any stage in their progress.

A leader is best when people barely know that he exists, not so good when people obey and acclaim him …  when his work is done, his aims fulfilled, they will all say, ‘We did this ourselves'.

We began using outdoor activities in our NLP courses back in 1999 because of how these sessions added so much depth to the learning experience.

Some activity sessions such as the High Ropes course emphasise and focus on individual performance. Others such as the Low Ropes Challenge course, explore what it is like to pull together as a team.

We didn't have this on my Core Skills?

If you've been on our NLP Core Skills you could be thinking 'I don't remember this on my course....?'

Well, occasionally the teams on the Low Ropes don't to go though this Storming stage (the course which ended yesterday 23 July 2017 being just one example).

They either bypass the Storming stage or this stage is so low-key and subtle that the issue is quickly managed within the team.